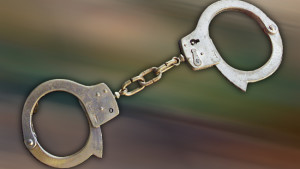 York Co., SC (WOLO) — The York County Sheriff’s Office, with the assistance of Gaston County Police, Gastonia Police a man suspected in a double homicide. According to authorities, 45 year old Paul Eugene Bumgardner was taken into custody Thursday morning after he was located at a home in Gastonia around 8 p.m.

Detectives say Bumgardner is accused of killing a 71 year old woman and a 40 year old man back on September 27, 2022. Officials did not give specific details, but have confirmed that the two who  were people found dead inside of a home along Saddle Bridge Road in Fort Mill, South Carolina after officials say the man and woman appeared to have been shot.

Bumgarner is charged with two counts of murder, possession of a weapon during a violent crime and burglary first degree.

Sheriff Kevin Tolson says the outcome was only possible through a team effort.

“The outstanding and diligent work by our team to develop this person as a suspect and get him into custody in nine days is admirable,”

Bumgardner is currently being held at the Gastonia Police Department until he is extradited back to York County.

The case remains under investigation.