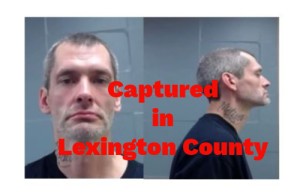 The U.S. Marshals office has been working to capture Wiles.

He was captured Friday afternoon, according to the Sheriff’s office.

The 42 year old escaped from the Clarendon County Detention Center on Thursday, November 10.

Authorities say Shaun Wayne Wiles escaped from the Clarendon County Detention Center after being held on a dangerous drug charge.

According to investigators, Wiles was wearing dark clothing at the time of the escape and has a tattoo on the right side of his neck that reads Melissa.

SCHP: Wreck on I-26 East near Exit 91 in Lexington causing traffic issues