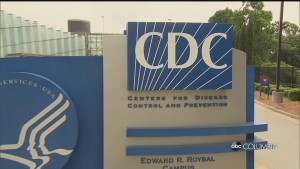 (CNN) — Health experts are encouraging people to get a flu shot if they haven’t done so already as they continue to see severe influenza activity spreading across the United States.

According to the Centers for Disease Control and Prevention (CDC), close to 20 thousand people were admitted to the hospital last week due to complications with the virus. Health officials say that number is almost up double from the previous week.

The locations where flu activity seems to have the highest activity at this point of the season are places in the South, from Texas to Virginia.

The CDC says as of this point in the season 78 thousand people have been hospitalized, while some 45 hundred people have now died from the illness.

Health officials say the problem could get even worse as with people getting ready to travel and attend parties where they will come into contact with a host of people during the holidays.

Health and Human Services Secretary Xavier Becerra has released a letter showing hospitals ways they can use the COVID-19 public health emergency declaration when dealing with flu cases.