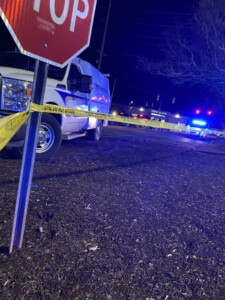 Columbia, SC (WOLO) — The Columbia Police Department is actively investigating a shooting that took place in the parking lot of the Olive Garden along Harbison Boulevard. Authorities say the shooting took place just after 7 p.m. Friday night. Officials say the unidentified male victim was shot in the arm. Police tell ABC Columbia News when they arrived at the scene a tourniquet had been placed on the victim’s arm and he appeared to have suffered a non life threatening injury.

Columbia Police remain on the scene collecting what they say is “valuable information” in reference to the shooting. Officials tell us they have been able to speak with eye witnesses who were in the parking lot at the time of the shooting, and continue searching for surveillance at nearby businesses in hopes of getting a glimpse of a possible suspect or suspects. Authorities say they believed this shooting is an isolated incident. No arrests have been made in the case.

Stay with ABC Columbia News on air and online as we continue to follow this developing story.

Airport High School moving to eLearning today due to threat