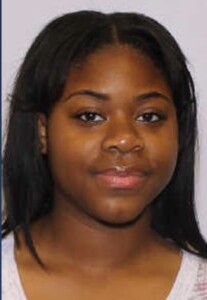 Cayce, SC (WOLO) — Although it’s been nearly 4 years since the alleged incident, the Cayce Police Department is making sure anyone suspected of committing a crime gets their day in court.

Back on January 10, 2019, Cayce Police say 26 year old Kaelin Farmer was involved in a  fight, and according to authorities, she didn’t stop with that one victim. Police say during the melee Farmer also assaulted to Wendy’s employees.  Authorities say the incident took place at the fast food restaurant located at 830 Knox Abbott Drive.

Farmer is described as being about 5’1 and weighs approximately 133 pounds.

If you know where she is or if you have any information that may be able to help police in the case call crimestoppers at 1-888-CRIME-SC.