One killed in high speed chase through two Midlands counties 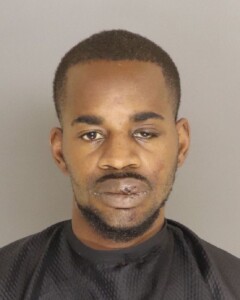 Sumter, S.C. (WOLO)– Deputies with the Clarendon and Sumter County Sheriff’s Offices say on January 1st a deputy saw Tywene Brown driving at a high rate of speed on Highway 378 in Turbeville.

When the deputy tried to stop him, deputies say he sped up eventually crossing into Sumter Co.

That’s where authorities say the Highway Patrol and Sumter Co. joined the chase.

Officials say a passenger in the car was killed and the driver was seriously injured.

Deputies say Brown was taken to a nearby hospital for treatment following the crash before being taken to the Clarendon Co. Detention Center.

In Clarendon Co. Brown is charged with Failure to Stop for Blue Lights, Driving Under the Influence and Driving under Suspension.