Stand Up for Life March and Rally held at state house 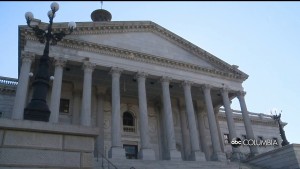 COLUMBIA, S.C. (WOLO) – Hundreds gathered on the fronts steps of the state house to show support to end abortion in South Carolina.

On Saturday, January 7, Stand Up for Life March and Rally goers marched from Sumter St. to the state house.

Lt. Governor Pamela Evette, State Attorney General Alan Wilson, and various religious leaders spoke to supporters and encouraged them not to give up. This comes after the South Carolina Supreme Court deemed the state’s ban on abortion after around six weeks of pregnancy unconstitutional.

Pet of the Week: Kelly