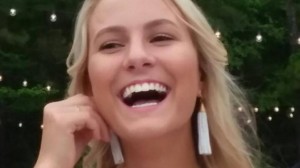 Charleston, S.C. (WCIV)–Mallory Beach’s family and three of the passengers in the fatal 2019 crash have settled with Alex Murdaugh’s only living son, Buster, and the estate of Maggie Murdaugh, according to lawyers involved in the suit.

The amount has not been disclosed yet, but ABC News 4 has been told it’s significant.

This will leave just Alex Murdaugh and Parker’s Kitchen convenience store named in the family’s lawsuit.

Buster Murdaugh was accused of lending his younger brother Paul an ID to buy alcohol before the crash. Maggie was also being sued for contributing to the delinquency of Paul and turning a blind eye to his underage drinking.

The settlement can move forward once the judge approves it and Alex Murdaugh agrees to the conditions as well.

There is also a financial claim filed by Palmetto State Bank which the lawyers representing the Beach family and passengers want withdrawn.

This significant development is happening less than two weeks before Alex Murdaugh goes on trial for the double murder of Paul and Maggie Murdaugh.

The wrongful death lawsuit has already been pushed back to June of this year after one of the lawyers for Parker’s Kitchen- Republican House Speaker Murrell Smith- claimed legislative immunity.