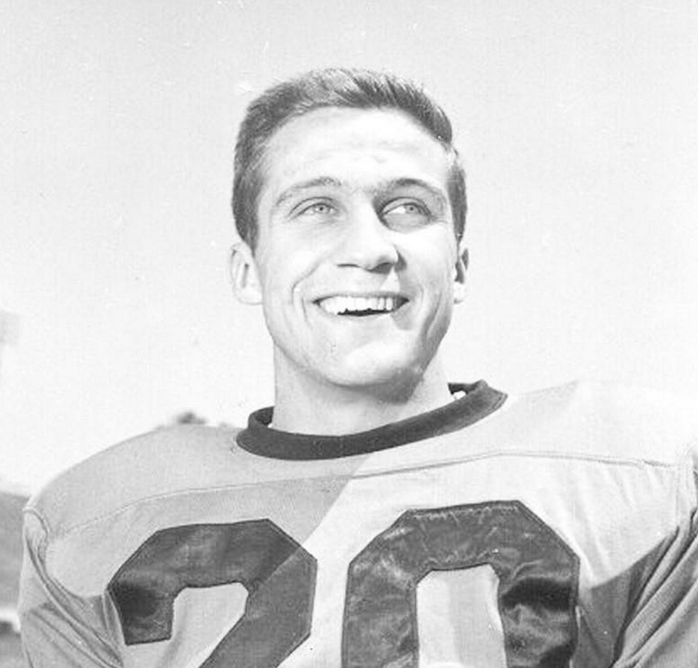 CLEMSON, S.C. (CU SID) — Charlie Bussey, the first Academic All-American in any sport in Clemson athletics history and quarterback of Clemson‘s first ACC Championship football team in 1956, died early Thursday morning at his home in Clemson, S.C. at the age of 80. Bussey had suffered in recent months from a lung disease called Idiopathic Pulmonary Fibrosis. Bussey came to Clemson as a freshman in 1953 and earned letters for the Clemson varsity football team in 1954, 1955 and 1956. He served as captain of Clemson‘s 1956 ACC title team that played Colorado in the Orange Bowl. The squad finished with a 7-2-2 record and a No. 19 ranking in the final AP poll. “When you talk about a model student-athlete, and a model representative of Clemson University, that was Charlie Bussey,” said Head Football Coach Dabo Swinney. “He was our first academic All-American, successful businessman, president of IPTAY, then served as director of the Tiger Letterman‘s Association when I came to Clemson. I enjoyed our many conversations about Clemson football and former players. Charlie Bussey has always been there for our football program and for me personally. We will miss him.” The native of Henderson, N.C. was the backup quarterback for much of the 1955 season, but started that year against South Carolina when Don King was injured. In that 28-14 victory, Bussey threw a 55-yard scoring pass to Willie Smith for Clemson‘s first score, kicked two extra points, and had an interception on defense. No Clemson football player has had an interception on defense and thrown a touchdown pass in the same game against the Gamecocks since. Clemson finished that 1955 season with a 7-3 record. As a senior he also started in a 7-0 victory over South Carolina, a victory that moved Clemson to No. 13 in the AP poll the following week. Bussey was named an Academic All-American off the field and was an honorable mention All-American on the field as a senior. He was named academic All-ACC for he second straight year and was second-team All-ACC on the field, the first Clemson quarterback to make an All-ACC team. He led Clemson‘s 1956 team in passing, punting and interceptions, a combination no Clemson football player has duplicated since. Upon graduation, Bussey became a pilot instructor in the Air Force, an occupation he held for almost a decade. He then entered the business world, working for Laurens Glass Company, Louis P. Batson Company and Palmetto Chemicals. During these years he was also active with IPTAY, Clemson‘s athletic scholarship organization, and served a term as president. Bussey also served three years as the Director of Athletics at Louisiana Tech University in Ruston, La. He began the position in December of 1980 and just three months later the women‘s basketball program won the AIAW National Championship. The following March (1982), the program won the first women‘s NCAA Tournament. Louisiana Tech‘s women‘s teams were a combined 100-3 during his time as athletic director. Bussey retired and returned to Clemson in 1997. Soon after he became the Executive Director of Clemson‘s Lettermen‘s Association, a position he held for 14 years. As part of his duties as head of the Lettermen‘s Association, Bussey supervised the induction process for the Clemson Athletic Hall of Fame. He had already been inducted in the Hall of Fame in 1988. In 2003, Bussey was honored by the Clemson Alumni Association when he was presented with the Distinguished Service Award. During his retirement he was a strong advocate for the Clemson LIFE Program. LIFE helps children with intellectual disabilities and teaches them how to live independently. Bussey is survived by his wife Joyce and three daughters, Pam, Laurie and Jenny and many grandchildren. All three daughters are Clemson graduates. The funeral for Charlie Bussey will be held next Tuesday, April 7 at First Baptist Church in Clemson, S.C. at 2 p.m. Visitation with the family will be held after the service.