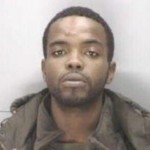 Columbia, SC (WOLO) — The Richland County Sheriff’s Department is asking for your help finding a man wanted on charges for felony animal cruelty.

Deputies say they are still searching for 30 year old Alias Sanders accused of starving animals and even letting some die and decompose. Officials say they discovered nearly two dozen animals in either various stages of malnourishment, or dead. Officials say among those animals were nine pitbull mix canines chained, four puppies in a chain-link kennel and one puppy attached to a more than 2 foot chain.

Authorities say they also located five dead animals, and the skeleton remains of another.According to Deputies, some of dogs were not given any shelter and others were resting in partial dog crates and/or barrels. Officials say some of the bowls for the animals were full of sand and pine needles,  others full of dirty rain water, but no food.

14 of the surviving animals are now in the custody of the Richland County Animal Care.

Charles Clayton Stover Jr. and Angela Sue Gedra have already been arrested in connection to this case and each face six counts of felony animal cruelty. But RCSD says they are still searching for Sanders. If you know where he might be you’re asked to call Crimestoppers at 1888-CRIME-SC