Snow in forecast stops Gamecocks from traveling to Duke 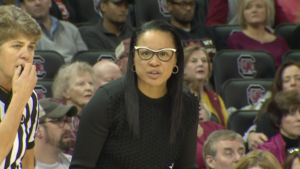 COLUMBIA, S.C. (WOLO) – No. 22 South Carolina won’t make the trip to Durham for their game against Duke. scheduled for Sunday, December 9. Snowstorms across the state of North Carolina have caused the programs to cancel their contest and seek another time this season to reschedule.

USC (5-4) will be off until December 16, traveling to Purdue after their exam break.

According to the Duke Ticket Office, those who purchased seats for the game at Cameron Indoor Stadium will be contacted in the case the game is not made up.

National Moment of Remembrance at 3 p.m. today to honor the fallen heroes