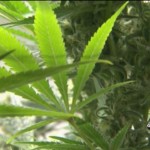 Columbia, SC (WOLO) — The South Carolina Department of Agriculture says as of late they have seen a increased interest from the public in the addition of cannabidiol, also known as CBD into food consumed by people and animals.

SCDA says they are following compliance laid out by the Food and Drug Administration, where they are bound from allowing the compound, be that CBD oil or hemp derived products to be added into products in the market place that are consumed by humans and animal feed for consumer health and safety.

Assistant Commissioner of Consumer Protection for the FDA  released a statement saying in part, “The Federal Food and Drug Administration has concluded that under the Federal Food and Cosmetic Act,  CBD cannot legally be added to any human or animal food products for sale.”

Officials say adding this content would be the equivalent to adding a drug and therefore is prohibited from being “introduced” or “delivered” for introduction into any products that are consumed by people or in the feed eaten by animals.

To find out more information you can click on the link provided by SCDA: http://agriculture.sc.gov