One victim did sustain a non-life threatening gunshot wound and is currently being treated.

The victim and a witness have both stated to KCSO Investigators that this incident involved a “drug deal that went bad.”

Deputies believe this was not a random shooting  at this time that four black male suspects left the scene in a black Nissan Altima.

If you have any information on this incident, please contact Kershaw Co. Investigator Miles Taylor at 425-1512. 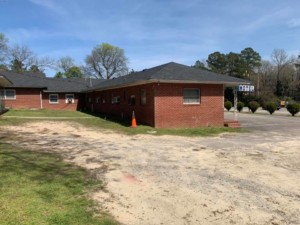