Deputies: Winnsboro man charged with attempted murder after shooting into crowd and injuring one

FAIRFIELD COUNTY, S.C. (WOLO) – The Fairfield County Sheriff’s deputies responded to a shooting incident on Wednesday at the Birch Street area in Winnsboro.

Steve A. Wright, 54, was charged with attempted murder and possession of a deadly weapon during a violent crime. 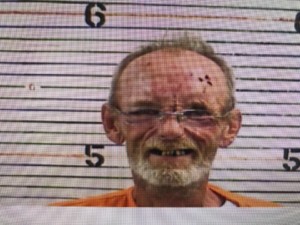 Deputies found a victim who had a wound to the neck and the victim was transported to the hospital by EMS.

Wright had been seen shooting a gun into a crowd where the victim was struck and then going back into his (Wright’s) house. Deputies went to Wright’s house and attempted to make contact with him.

After waiting a period of time and having no response from Wright, deputies made entry into the residence and took Wright into custody.

Wright was transported to the Fairfield County Detention Center.