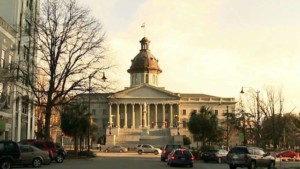 Republican Sen. Richard Cash of Powdersville introduced a proposal into budget discussions Wednesday that would ban the state employee health care system from providing coverage for abortions in cases of rape or incest.

The proposal would only provide an exception in cases where the mother’s life is at risk.

Current law allows for the state insurance plan to provide coverage for cases of rape, incest and if the mother’s life is in jeopardy.

Some Senate Democrats said the proposal is inherently unfair to crime victims and infringes on the constitutional rights of women.

The Senate voted 24-21 to reject the proposal.

Earlier this month, the House Judiciary Committee passed legislation that would ban almost all abortions if a fetal heartbeat is detected.