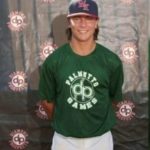 Lexington, SC (WOLO) — Lexington School District One is honoring the memory of late Sophomore, Brett Williams. Williams died in January of 2017 after officials say he suffered complications from the Flu during the beginning of his Sophomore baseball season.

Williams was not only a star player on the field, ranked the number one Sophomore, but was also a stand out in the classroom getting A/B honor roll every semester beginning in middle school through his passing in high school where he had a 4.61 GPA.

During the Lexington One School Board meeting Tuesday night, White Knoll High school’s Athletic Department along with the Athletic Booster Club requested the hitting facility be renamed “The Brett Williams Hitting Facility”.