Mayors send letter to senate in support of Panthers bill 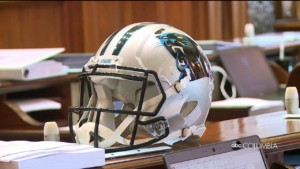 Columbia, S.C. (WOLO)– The mayors of five of the state’s largest cities sent a letter to the senate Tuesday in support of the proposed tax incentives designed to bring the NFL’S Carolina Panthers practice facility to South Carolina.
The mayors of Columbia, Rock Hill, Myrtle Beach, Greenville, and Charleston signed the letter which calls on the general assembly to support the measure which they say will benefit not just the York County area, but the entire state for years to come.

The city of Rock Hill tweeted a copy of the letter: