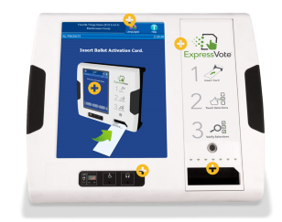 COLUMBIA, S.C. (WOLO) – South Carolina announces the contract of a new statewide voting system, but the system will be paper-based and replacing the state’s paperless system that’s been in place since 2004.

The Election Systems and Software(ES&S) ExpressVote was the company selected by the South Carolina Elections Commission for the new contract.

South Carolina Elections Commission chose the system after an award was made after a six-month procurement process overseen by the S.C. Department of Administration and the State Fiscal Accountability Authority.

The goal was to find a system that is secure, accurate, accessible, auditable, transparent, reliable and easy for poll managers and voters to use.

The new system is set to be implemented this year and be used in the 2020 elections after January 1.  The voting systems will cost approximately $51 million which includes hardware, software, implementation, training and support.

The ExpressVote machine will allow voters to vote more accurately and efficiently. The new system will not record the voter’s choices into its memory. Instead, it will allow the voter to mark the choices on-screen and, when the voter is done, prints the ballot selections. 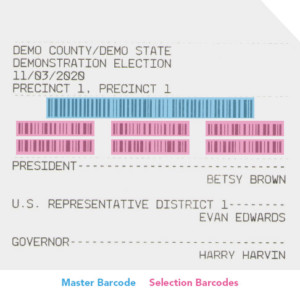 Machine reads the barcode on the ballot to determine the grid coordinates of the candidate’s name.