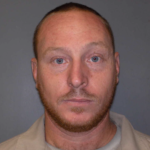 Spartanburg, SC (WOLO)- An inmate who escaped Livesay Correctional Facility in Spartanburg County has been captured.

According to the South Carolina Department of Corrections, 39 year old Shane Adams was located near a friends home in Spartanburg County around 3 am Monday Morning.

Officials say Adams walked away Sunday around noon and has been charged with escape.

Adams is currently being held in Spartanburg county Detention Center waiting to be sent back to SCDC.