Men charged with throwing cell phones, ecstasy other contraband over a fence 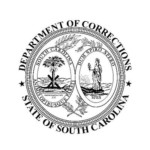 The men, Dominique Antwuan Montgomery, 29, of Charleston, and Terry Jamal Whittaker, 25, of Goose Creek, are both charged with trafficking in ecstasy 100 doses or more, furnishing a prisoner with contraband and criminal conspiracy.

A Dorchester County sheriff’s lieutenant saw three men throwing packages over a fence at Lieber on Monday. After a brief chase, Montgomery and Whittaker were arrested. A third man remains at large.