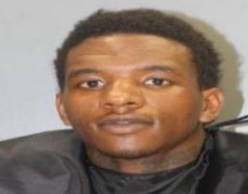 COLUMBIA,SC (WOLO)- Columbia Police have arrested and charged a man in connection with a shooting that happened near Gervais Street Saturday night.

Je’nell Burton,23, is charged with Armed Robbery, Possession of a Weapon during the Commission of a Violent Crime and Unlawful Carrying of a Weapon.

Investigators believe that Burton agreed to meet a male and female who were attempting to sell sneakers at 2401 Millwood Avenue. Instead of purchasing the items, Burton allegedly pointed a gun at the couple.

Police say as a result the male victim discharged a firearm causing non-life threatening injuries to Burton’s hand and leg. Burton was taken to a local hospital for treatment and transported to the Alvin S. Glenn Detention Center. At last check, Burton was still detained under a $75,000 surety bond set by a judge.

There were no other reported injuries during the incident.