On Monday, Governor McMaster introduced his proposed executive budget for 2020-21 at the State House.

Governor McMaster says his budget will cut personal income taxes by $160 million this year and $2.6 billion over the next five years. He says tax reform is necessary to stay competitive with other states who have cut their income tax rates.

McMaster also touched on the topic of education, saying all public school teachers will receive a $3,000 pay raise if his budget is passed, and would give all low-income children a chance to attend full-day, four-year-old kindergarten programs.

Our Tim Scott is at the State House for the budget announcement. He will have a live report at 5pm and 6pm. 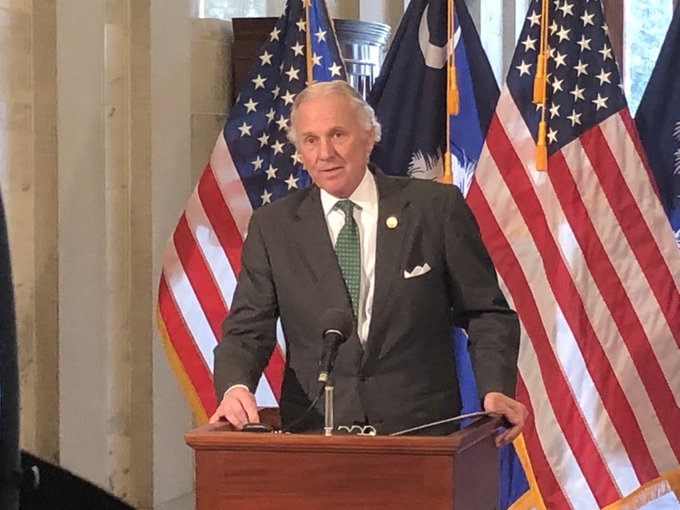