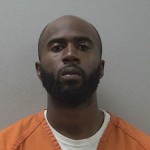 LEXINGTON., CO SC (WOLO)– Lexington County Deputies say a man tied up a security guard at a food distributor, stole his key card, broke into a warehouse and stole two pallets of frozen crab legs worth about $8,400.

In a release, Lexington County Sheriff Jay Koon said, “Detectives working on this case know Dorsey wasn’t working alone.” “They’ve determined he and other co-defendants had a pistol as they threatened a contract security guard at the US Foods distribution center Jan. 18, said Koon.”

Deputies say Dorsey is facing other charges, including two counts of breach of trust from his time as a US Foods employee last year. Deputies say they have confirmed Dorsey stole more than a hundred cases of crab legs worth nearly $36,000 back in October.

Investigators say Dorsey has been released on bond.