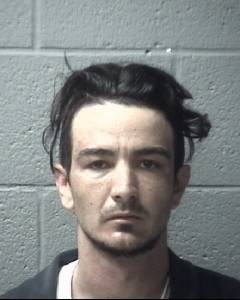 According to authorities, Jeremy Thomas has been charged with shooting into a dwelling and possession of a firearm during a violent crime.

According to a report released by officials concerning the March incident, a witness told them Thomas fired shots at his ex girlfriends home while yelling, he’d come back and “spray the house with bullets,”.

Authorities say Thomas struck again in May. This time officials say he started shooting at someone he thought his ex-girlfriend was involved with.

The victim told police Thomas had been following him as he drove to a family members home. When he arrived, officials say the victim claims Thomas shot at his car shattering the window of his car.

During court Wednesday, Thomas’ bond was set at $18,465 cash or surety.