'People are literally dying for you to lead, where are you?' 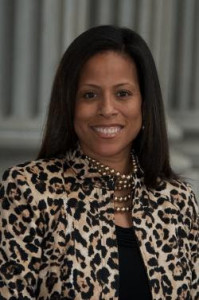 Columbia, SC (WOLO) — South Carolina Senator Mia McLoud calls Governor Henry McMaster ‘irresponsible’ and ‘reckless’ to encourage residents to follow recommendations for ‘good hygiene’ in what she referred to as a mere ‘pep talk’ instead of responding to the data being given to the public by health officials.

McLeod says she has had several email communications with the Governor over the course of the pandemic, including a May 25, requests for Governor McMaster to mandate health officials treating patients to wear protective face coverings, and maintains as of today June 22 she has still not received a response.

Senator McLeod sent this letter to the Governor Monday, just a week after some of the highest number of coronavirus cases were reported by The Department of Health and Environmental Control (DHEC) since the first cases hit South Carolina back in March.

The Senator accuses the Governor of partisan politics and questions why South Carolina was one of the last states to close due to the pandemic, yet one of the first to reopen.

In the open letter sent to the Governor McLeod says in part,

‘Our state is in a public health crisis of epic proportions and your refusal to mandate face masks is wrong, dead wrong. We’ve long passed out initial projections. In the last 3 months nearly 26,000 South Carolinians have treated positive and about 660 people have died because of this deadly virus’ she goes on to say

Giving us the occasional, “practice good hygiene” pep talk is reckless and irresponsible. The people of South Carolina are literally “dying” for you to lead, Gov. @henrymcmaster.

The last social media response from the Governor concerning the coronavirus outbreak was posted on twitter June 10. In the post the Governor encouraging South Carolinians to use the information we have learned about the virus to keep us safe. However, during a joint press conference with South Carolina Senator Tim Scott’s police reform bill, the Governor did verbally mention the importance of face coverings, but did not mention making wearing one mandatory.

We cannot stop our economy indefinitely. We slowed it in South Carolina enough to arm ourseleves with the information to keep us safe, and now we must practice what we have learned. pic.twitter.com/TN5pcqba5I

Lawmakers are scheduled to reconvene at the State House this week.