COLUMBIA, SC (WOLO)–During the Fourth of July weekend, on Sunday, there was a show of support for President Donald Trump on the waters of Lake Murray. 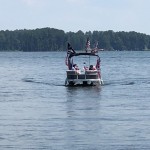 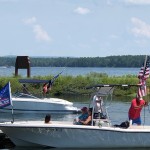 There was a patriotic display, as American flags flew, along with Trump 2020 flags, marking decoration on hundreds of boats that hit the water.
The large crowd of boats and supporters gathered for a show of support for President Donald Trump and to take part in the ‘Trump Boat Parade’. Some reports say there were more than 2,500 boats on the water.

The parade began at Dreher Island and went across the waters of Lake Murray.