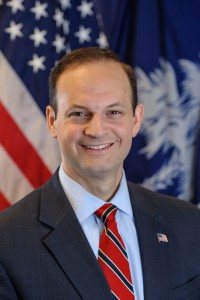 COLUMBIA, SC (WOLO)– In a settlement with 48 attorneys general and the federal Consumer Financial Protection Bureau, Attorney General Alan Wilson says he secured $8.6 million in debt relief for over 1,000 former ITT Tech students in South Carolina. On the national level, the settlement totals about $330 million for 35,000 borrowers with outstanding balances.

According to the Attorney General’s office, the settlement is with private loan program PEAKS Trust. ITT worked with PEAKS to provide students with temporary credit to cover the cost of education not covered by federal student aid.

According to the Assurance of Voluntary Compliance filed on Tuesday, PEAKS and ITT either knew or should have known that students would be unlikely to be able to pay off the temporary when they became due after nine months. Once the temporary credit was due, PEAKS pressured students into accepting loans, many of which had high interest rates. The rate on these loans is projected to be over 80% due to the high cost of said loans and the difficulty ITT students have had finding jobs that provide enough to make these payments.

“These students were going to school so they could get better jobs but instead they were taken advantage of and left with debt and no jobs to pay it off,” Attorney General Wilson said. “But it wasn’t just normal debt; these companies used unfair pressure tactics to trap students in a no-win situation.”

Through the settlement, PEAKS will forgo the collection of outstanding loans and stop conducting business. Additionally, PEAKS will provide information to credit reporting agencies so they can update the credit information of the students affected.