RCSD: Additional arrests made in connection to Columbia riots

COLUMBIA, SC (WOLO)– The Richland County Sheriff’s Department says they arrested three more individuals who participated in the riots on the weekend of May 30.

Authorities say they arrested Nicholas Fleming on September 1 on charges of assault and battery of a high and aggravated nature, breach of peace aggravated in nature, participating in a riot, unlawful carry of a weapon and probation violation.

Police say Fleming was identified as the man who stomped on an innocent bystander who was checking to see if the area was safe for his employees.

“People have been covering up for this guy for three months,” Sheriff Lott said. “But if there’s anything this arrest proves it’s that we’re coming — no matter how long it takes.”

Authorities say on September 9, two other individuals were arrested for breaking into and looting the Carolina Western Pub the same weekend.

Jayda Gray and William Crocker are charged with third-degree burglary, larceny, conspiracy, instigating a riot, breach of peace of a high and aggravated nature, and looting.

Investigators are also trying to identify the individual pictured below who they say spray painted a parking garage and destroyed city surveillance cameras. 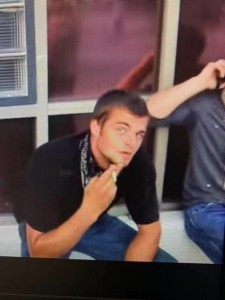 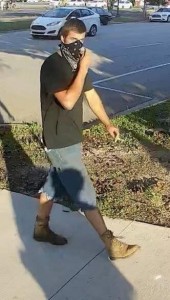 Anyone who can identify this individual is asked to submit a tip at crimesc.com.

One killed & one injured after shooting on Sandalewood Court