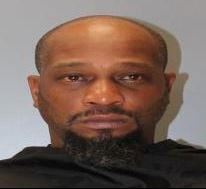 COLUMBIA, SC (WOLO)– The Richland County Sheriff’s Department is asking for the public’s help in finding Antoni Lawrence, who is wanted on attempted murder charges.

Deputies say they were dispatched to Shandon Crossing Apartments on September 8 where they found the victim lying on his back with a gunshot wound to his lower body.

Authorities consider Lawrence armed and dangerous. Officials say if you see him, do not approach, call 911 instead.

Anyone with information is asked to submit a tip at crimesc.com.