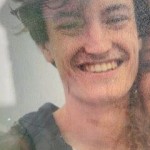 COLUMBIA, SC (WOLO) The Richland County Sheriff’s Department has suspended the search for a missing 19 year old University of South Carolina student, after a man fitting his description was found among shrubbery in the Vulcan Materials Company Quarry.

According to authorities, Samuel Laundon was walking home with several friends in the Olympia-Granby area, when they got lost on Saturday around 2:30 a.m. Officials say Laundon jumped a fence in hopes of reaching his destination faster, and when his friends called a ride-sharing service to take them home, Laundon declined to climb back over.

Officials with RCSD say all of its resources were used to search for Laundon in the Olympia-Granby area, including the agency’s plane, helicopter and aerial drones. K-9 units and deputies conducted searches on foot as well. The Columbia Fire Department also assisted in searching areas in the Quarry that were difficult to reach by foot. Authorities say firefighters found a man meeting Laundon’s description in shrubbery around 5 p.m.

The Richland County Coroner’s Office will conduct an autopsy to confirm the man’s identity and determine his cause of death.

A look at the latest conditions in the Midlands