UofSC Police say a suspect is in custody accused of Kidnapping, Assault & Battery 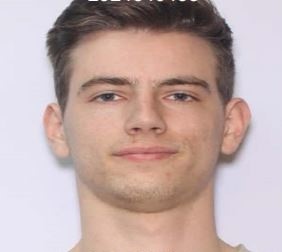 Columbia, SC (WOLO) – According to a post on the UofSC police department’s twitter page, a student was held against her will on the evening of Friday, October 16th.

Authorities with the University of South Carolina say, 22 year old George Sophocleous is accused of allegedly entering the a victim’s bedroom located at the Park Place Student Housing along Huger Street.

Once inside her room, officials say he removed an article of clothing and physically assaulted her while holding her against her will between 11 p.m. and Midnight.

Criminal arrest warrants were obtained from a judge and the suspect has been arrested on charges of Kidnapping and Assault and Battery in the First Degree.

A bulletin was releases to the campus community out of an abundance of caution to alert the community that this individual is known to have frequented the hospitality districts around campus.

If there are others who have been victimized by this individual, we ask you contact the USC Police at 803‐777‐4215, or text us on the RAVE Guardian Safety App.

If you,  or someone you know has been victimized, The university offers resources to victims of interpersonal violence, including sexual assault, harassment, stalking, and intimate partner violence.

For more information about these resources, please visit the Stop Sexual Assault webpage.