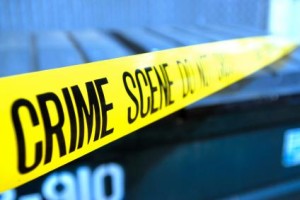 West says Steven and Nancy Hales both died due to homicide. The specific method of homicide was not released.

West says the couple had been married 36 years and moved to Camden in 2005.

According to the Camden Police Department Thomas Knotts was arrested Monday night and charged with two counts of murder and arson in connection with the fire at the home on Lyttleton St.

Officers say Knotts was acquainted with the victims who resided on Lyttleton Street in Camden and more charges are expected.