Sea level is rising faster than scientists expected. The planet is warming – primarily because of burning of fossil fuels (gas, oil, coal, etc.). This warming is causing the glaciers to melt. That melting water flows into the ocean, causing them to rise. The other factor is that the oceans themselves are warming, and warmer water expands, taking up more space than colder water. So sea levels rise. Here’s the whole story: https://scitechdaily.com/new-research-shows-sea-level-will-rise-faster-than-previously-thought/ 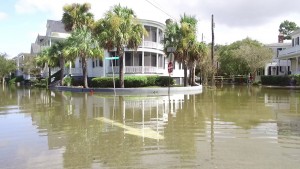 Most Unusual Job Posting - Maybe Ever

So Which Season is Warming Fastest in South Carolina