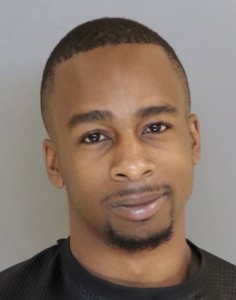 Officials say another suspect has been charged for firing shots into Weston’s vehicle on February 9. Authorities say 30-year-old Danielle Henderson was taken into custody on February 25 and charged with discharging a firearm into an occupied vehicle.

Both remain at the Sumter County Sheriff’s Office Detention Center.

Police say they were called to a residence on Tuesday, after a witness saw inappropriate content on Weston’s cell phone. Investigators say the content included the suspect and children, including a child under the age of six.

Officials say Weston is being held at the Sumter County Sheriff’s Office Detention Center and investigators are attempting to find out if there are any more victims. Anyone with information is asked to call the Sumter Police Department at 803-436-2700.