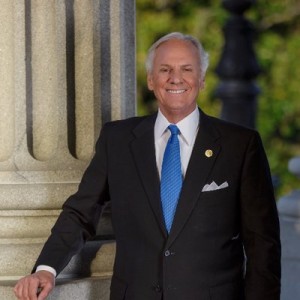 Columbia,SC (WOLO) — Governor Henry McMaster has made it clear that he is not planning on leaving his Governorship just yet. Friday night the Governor took to twitter to announce that not only is he pursuing a third term in the Governor’s office, but that he has also picked up a key endorsement from his base.

Late Friday, Governor McMaster sent out a copy of the statement released by former president Donald Trump confirming that he in fact pushing for McMaster to retain his seat as Governor of South Carolina.

McMaster first became Governor back in 2016 while he was the acting Lieutenant Governor of South Carolina. When then Governor Nikki Haley stepped down from her seat to take a job in Washington as the UN Ambassador. McMaster joined the race in hopes of being re-elected for his first full term as Governor in 2018.

After two years at the helm, the Governor has decided to run again the upcoming election in November of 2022.

The former president saying the Governor has his “complete and total” endorsement.

President Trump’s leadership has made America stronger and more prosperous. I’ve stood with him from the beginning. I’m honored he stands with me as we “Keep South Carolina Great!” pic.twitter.com/ScxCNuqDxR

Local gun shop owner shares his concerns with Constitutional Carry Act, as it moves through the Senate