COLUMBIA, SC (WOLO)– A viral video has drawn the attention of the Richland County Sheriff’s Department and Fort Jackson. The video shows an altercation between a white man and a black man in front of a home in the Summit, a neighborhood in northeast Richland County.

Richland County Sheriff Leon Lott held a press conference about the video seen by so many. The sheriff identified the white man in the video as Jonathan Pentland and said he has been charged with assault and battery third degree. 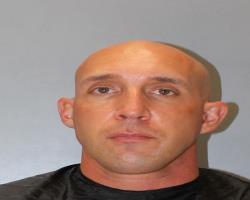 Fort Jackson officials say Pentland in the video is stationed at Fort Jackson. The base released a statement, which said the behavior in the video is “not consistent with army values.” Fort Jackson’s commanding general, Brigadier General Milford Beagle says, “thank you to the community for bringing this to our attention and we will get to the bottom of this ASAP.”

Officials with Fort Jackson later released a second statement, saying “the leaders at Fort Jackson in no way condone the behavior depicted in the video posted recently,” said Fort Jackson Commander Brig. Gen. Milford Beagle, Jr.  “This action deeply impacts our community–the neighbors in the Summit, the city of Columbia, Richland & Lexington counties, and our Army family,” Beagle said.  “I ask that our communities and leaders exercise a degree of patience, affording Sherriff Lott and law enforcement investigators to account for the full measure of events before, during, and after the incident that was recorded.”