Richland Co. deputy terminated for having alcohol in his system while operating a county vehicle

COLUMBIA, SC (WOLO)– The Richland County Sheriff’s Department says a deputy was terminated Friday, after an investigation revealed that he had alcohol in his system while operating a county vehicle. 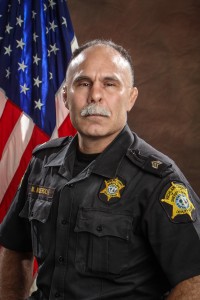 On April 1, the Richland County Sheriff’s Department reported that Sergeant Michael Mazerolle had been involved in a single car collision near Koon Road in Irmo, sending him to the hospital. This week, the department says they received medical reports that revealed a level of alcohol, prompting them to conduct an investigation. Upon completion of this investigation, authorities say Mazerolle was terminated.

“His behavior is inexcusable, and I will not tolerate that from my deputies,” Sheriff Lott said. “I hold my deputies to a much higher standard and anyone who works for me knows that I will hold them accountable.”

The incident remains under investigation by the South Carolina Highway Patrol.

“It’s frustrating, I know we are better than this and our community expects better from us,” said Sheriff Lott.

According to officials, Mazerolle had been a member of the sheriff’s department from May 2001, and he retired in October 2020. The department says he was rehired in February 2021.