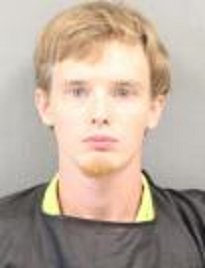 Investigators say they began looking into West after receiving a CyberTipline Report from the National Center for Missing and Exploited Children. According to investigators, West solicited a person he believed was a minor for sex, encouraged them to make child sexual abuse material, distributed multiple files of child sexual abuse material and sent explicit images of himself to the person he thought was a minor.