Attorneys: Murdaugh believed ending his life was his only option 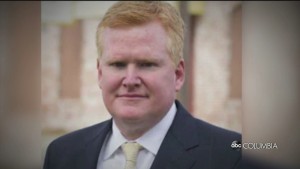 Colleton Co., S.C. (WOLO)– Attorneys for former attorney Alex Murdaugh released a statement Wednesday morning following the announcement that SLED was investigating the attempt on his life as an orchestrated suicide attempt.

The statement reads, On September 4, it became clear Alex believed that ending his life was his only option. Today, he knows that’s not true. For the last 20 years, there have been many people feeding his addiction to opioids. During that time, these individuals took advantage of his addiction and his ability to pay substantial funds for illegal drugs. One of those individuals took advantage of his mental illness and agreed to take Alex’s life, by shooting him in the head. Fortunately, Alex was not killed by the gunshot wound. Alex is fully cooperating with SLED in their investigations into his shooting, opioid use and the search to find the person or people responsible for the murder of his wife and son. Alex is not without fault but he is just one of many whose life has been devastated by opioid addiction.

Tuesday night SLED announced the arrest of a Colleton County man in connection with the shooting of Murdaugh on Sept. 4 in Hampton County.

A SLED spokesperson says Curtis Smith, 61, was charged with assisted suicide, assault and battery of a high aggravated nature, pointing and presenting a firearm, insurance fraud, and conspiracy to commit insurance fraud.

SCHP: All lanes of I-26 West blocked near mm 127 due to collision