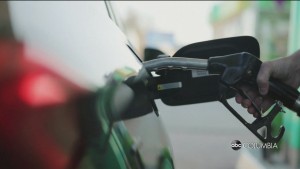 Columbia, SC (WOLO) — According to AAA, Prices at the pump are dropping. AAA says here in South Carolina Prices are sitting at an average price of $2.89 a gallon. In the Midlands specifically, drivers are paying around $2.81 per gallon, which is much better than the average price of gas nationally.

Still, even on a national level the prices drivers are paying for gas is roughly $3.18 for a gallon of gas. That’s also down from previous prices just two weeks ago.

While South Carolina is ranked among the nation’s top 10 least expensive gas markets according to AAA, Monday’s average price per gallon is still a dollar more than it was just one year ago.