COLUMBIA, SC (WOLO)– According to the Eleventh Circuit Solicitor’s Office, a Columbia man will serve 28 years in prison after being convicted of a shooting at a West Columbia apartment complex that injured two. Authorities say 22-year-old Isaiah Deshaun Butler was convicted of attempted murder and assault and battery of a high and aggravated nature for the drive-by shooting that injured a mother and her daughter at the Riverbend Apartment complex. 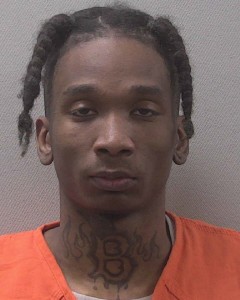 Butler was sentenced to 28 years for the attempted murder charge and 20 years for assault and battery of a high and aggravated nature. Officials say the sentences will be served concurrently.

Solicitor Rick Hubbard said, “I am grateful for the hard work on the part of the prosecution team and law enforcement in bringing closure to this family. The trial of this case was delayed multiple times for various reasons and, unfortunately, one of the victims passed away last month due to unrelated causes. We know that her family is grateful that justice was done here in Lexington County on her behalf.”

On August 30, 2018, authorities say Butler was driving a black Range Rover and fired into a crowd of people at the apartment complex. Officials say the mother was struck several times and the daughter was struck in the head.

According to officials, Butler ‘s girlfriend and her sibling got into a verbal and physical altercation over a cell phone. The daughter, who was a friend of the siblings, tried to break up the fight, which led to a verbal altercation. Investigators say Butler came into possession of the cell phone, would not give it back and threatened to shoot people around 7:30 p.m. on August 30, 2018. Law enforcement says Butler left the scene of this altercation before they realized his involvement.

Officials say the mother came to pick up the daughter and witnesses testified that the black Range Rover arrived at the complex around 9 p.m. that night and open fired into a crowd as they waited for Butler to return the cell phone.