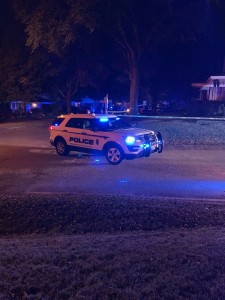 Columbia, SC (WOLO) — The Columbia Police Department is actively investigating a double shooting that took place in the 2200 block of Kenned Street around just after 10:30 Monday night. According to police two men were found shot, one of them according to officials died before they could transport him the hospital for medical attention.  Police tell ABC Columbia news, the second shooting victim was taken to an area hospital. The severity of his wounds and condition are unknown at this time.

Authorities say they are talking to people on the scene of the shooting to get more information on what may have led up to the shooting and possible suspects.

Columbia Police say based on their preliminary investigation the shooting appears to be an isolated incident.

Stay with ABC Columbia news as this story continues to develop. We will bring you the latest on air and online as it becomes available.

Columbia Finally Got 1 Inch of Snow