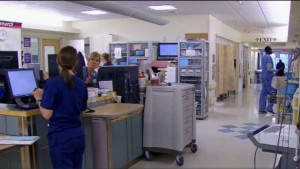 Columbia, SC (WOLO) — South Carolina Attorney General Alan Wilson has taken the first step to block a mandate that would force healthcare workers to get vaccinated against COVID-19. A.G. Wilson filed the 49 page lawsuit Monday joining 11 other states attempting to do the same.

Those states include, Louisiana, where the lawsuit was filed in the U.S. District Court along with Montana, Arizona, Alabama, Georgia, Idaho, Indiana, Mississippi, Oklahoma, Utah, and West Virginia. Wilson says the goal is to get the courts to prove that the mandate is ‘unlawful’ and ‘vacate it’, while permanently keep the Biden Administration from being able to enact it.

Alan Wilson releasing a statement surrounding the lawsuit he says would keep some 17 million American healthcare workers from being forced to get vaccinated if they don’t want to, saying the Biden administration is “playing statutory shell games with the court in a desperate attempt to justify the unjustifiable”. Wilson goes on to say,

“The Biden Administration has struck once again, attempting to coerce our healthcare workers into being vaccinated. The Federal Government seeks to bully the sovereign State of South Carolina into submission with the promise of federal funds,” Attorney General Wilson said. “Our healthcare workers are heroes to all of us and should be able to do their jobs without the Biden Administration’s threats and abuse of power. The rule of law and Constitution will prevail and federal power stopped dead in its tracks.”

The lawsuit cites numerous problems with the current mandate including that it exceeds the authority of the Centers for Medicare and Medicaid Services, Violates the Social Security Act’s prohibition on regulations that is in charge of the selection and tenure of healthcare workers. The lawsuit also claims a vaccine mandate violates the Spending Clause, goes against the Anti-Commandeering doctrine, violates the 10th Amendment, and lastly believes the mandate to be arbitrary and capricious.

Alan Wilson says instead of pushing public health,  a vaccine mandate would alternatively put “vulnerable people who are suppose to be protected’ at risk by firing millions of healthcare workers who provided essential services to those who are elderly, sick and have low income.

You can read the lawsuit in it’s entirety by clicking on the link provided here.