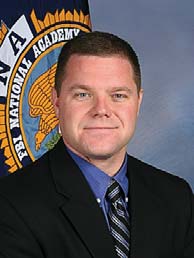 Chapin, S.C. (WOLO)– A spokesperson for the Town of Chapin announced this evening that Police Chief Seth Zeigler will retire  after 25 years of service.

His retirement will be effective Friday.

Chapin Mayor David Knight says, “Chief Ziegler is a respected officer and tremendous leader. I have relied on his sound advice and counsel throughout my tenure as Mayor. Seth has been an esteemed colleague at Town Hall and a shining example of leadership in our community.”

Local Living: Lights Before Christmas, plus Christmas Pop Up