Man thinking scratch off is $20 dollar winner gets huge surprise

The SC Lottery says his win was one of the games top prizes with odds of winning 1 in 175,000 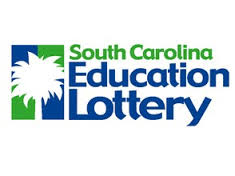 Columbia, SC (WOLO) — A Midlands man is still in shock after a stop at The Circle K along Bush River Road helped him snag a huge win. According to the South Carolina Lottery, the man bought a scratch off and saw two zeroes thinking it may be a $20 dollar ‘Lucky Numbers’ game ticket. But according to lottery officials, the $5 dollars spent for that ticket more than paid off as he kept scratching the ticket and found more zeroes waiting for him. That ticket turning out to be a $200,000 dollar winner

“It was great!” he told lottery officials, who caught up with him a few days after the big win. “It takes a load off my mind.”

What is on his mind, is how to spend the some of the prize money. Lottery officials say he is already looking a new homes.