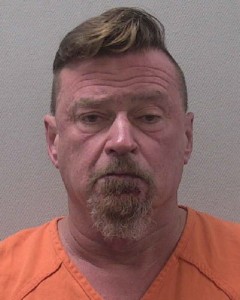 Around 9 p.m. Friday, officers say they responded to the Twisted Root Bar and Grill for a report of a stabbing. Officers say they found two men with stab wounds and provided aid until EMS arrived. Authorities say the victims were taken to the hospital for treatment of non life-threatening wounds.

According to investigators, 61-year-old Scott Charles King was involved in a fight with the two victims when he pulled out a knife and stabbed each of them several times.

Officials say King was taken to the Lexington County Detention Center. He is charged with two counts of assault and battery of an aggravated nature and possession of a weapon during a violent crime.