LPD: Shoplifting suspect in custody after crashing car during chase

COLUMBIA, SC (WOLO)– The Lexington Police Department says a shoplifting suspect was arrested after he crashed his car into a truck at a drive-thru.

According to police, a detective was trying to stop a driver believed to be involved in a shoplifting. Authorities say the suspect drove into the back of a truck at the drive-thru and then fled from the crash on foot. Police say he was arrested.

TRAFFIC ALERT – A portion of the KFC/Long John Silver’s parking lot and drive-thru off North Lake Drive is closed due to a collision that happened when a detective was attempting to stop a driver as he was believed to have just been involved in a shoplifting. pic.twitter.com/Mkay4Y3vHu

Authorities say a portion of the KFC/Long John Silver’s parking lot and drive-thru off North Lake Drive was closed off due to the collision. 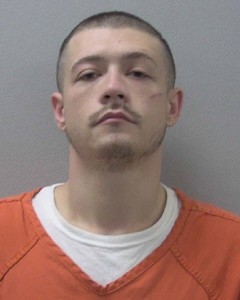 Authorities say Snipes suffered minor injuries, but the driver of the truck was not injured in the collision.