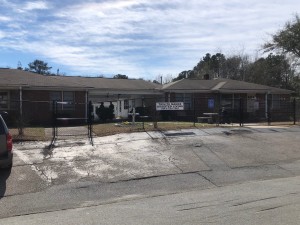 COLUMBIA, SC (WOLO)– Officers with the Cayce Police Department say they were called to an adult assisted living facility for reports of an unresponsive man Friday morning. Once arriving at Twilite Manor, officers say they found a resident of the facility deceased.

The resident has been identified as 69-year-old Timothy Catalano, according to police.

Officers say they are concerned with the living conditions they observed and are working with the South Carolina Department of Health and Environmental Control, the Department of Social Services and families of residents to relocate the remaining residents to other safe facilities. Officials say Twilite Manor has approximately 14 residents.

Police say they are investigating the death of the man found Friday and working to determine what happened at the facility.

Investigators say Twilite Manor’s description of their services, claim to be “committed to providing the highest level of quality care,” to have “highly trained professionals” and “around the clock on-site care available 24 hours a day” to assist with any needs that arise. However, officers report that is not what they observed on the morning of February 18 and was not the case for Mr. Catalano or for any of the residents of Twilite Manor.

According to the Cayce Police Department, here is what officers report finding upon arrival:

If you have a family member at Twilite Manor, you’re asked to call the Cayce Police Department at 803-794-0456.