COLUMBIA, SC (WOLO)– The Richland County Sheriff’s Department says a man has been charged with a fatal shooting that took place in Hopkins last month. Deputies say 32-year-old William Santos turned himself in Wednesday and was taken to Alvin S. Glenn Detention Center, charged with murder and possession of a weapon during a violent crime. 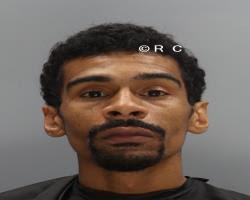 Authorities say the shooting took place around 1 a.m. on February 11, when deputies responded to the 100 block of Turning Leaf Drive for reports of a shooting. Once on the scene, authorities say they found a man with gunshot wounds in his upper body. Officials say he was transported to the hospital, where he passed away.