SCSO: Mayesville man accused of killing one, injuring another in shooting 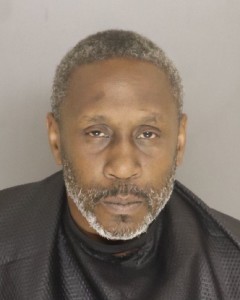 COLUMBIA. SC (WOLO)–The Sumter County Sheriff’s Office says a shooting incident in Mayesville left one man dead and another injured. Deputies say Cory Lydell Dingle is accused of shooting both Charlie Harrell and Same Lesane were shot several times. Authorities say Harrell was taken to an area hospital where he is in stable condition, but Lesane succumbed to his injuries at the hospital.

Officials say Dingle was arrested Friday morning. He is charged with the murder of Lesane and attempted murder of Harrell.

Sumter County Sheriff Anthony Dennis said, “This incident is a sad situation. It appears to be an alcohol fueled argument that led to unnecessary violence that resulted in the needless death of a local citizen and severe injuries to another. Our hearts and prayers are with both families and we are hopeful that Harrell’s condition will continue to improve.”

Dingle was taken to the Sumter County Sheriff’s Office Detention Center, and he is scheduled to appear for a bond hearing on Saturday morning.